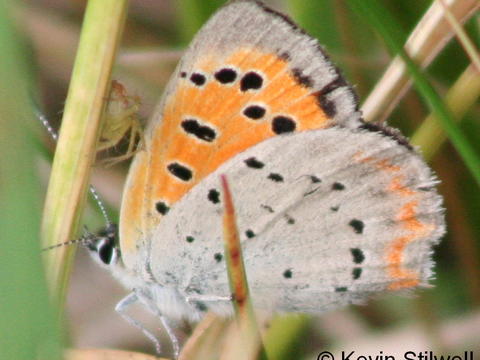 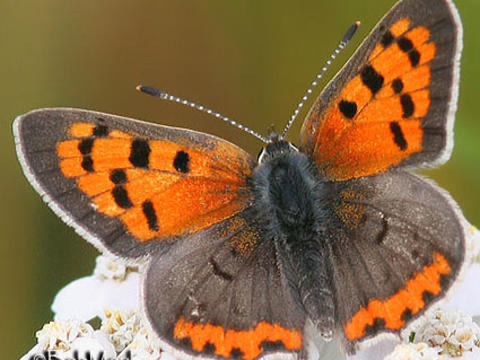 Adult American Coppers are one of the smallest members of the Copper family, with the

average wing span of only 1.25”. They have orange forewings with black spots and a dark

insect. Even the shadow of a large bird passing overhead is enough to elicit a response.

Females are pursued and mating usually occurs in vegetation.

upper epidermis of the leaf untouched. Pupation takes place in the leaf litter and

the pupa is thought to be tended by ants. There are between two and three broods a year,

south and adults can still be seen flying into November. The species overwinters as a

American Copper can be found in most disturbed areas including fields, sandy prairies,

and joy to your garden. This little beauty will not be outshone by larger butterflies. The

creatures are lovely and captivating.